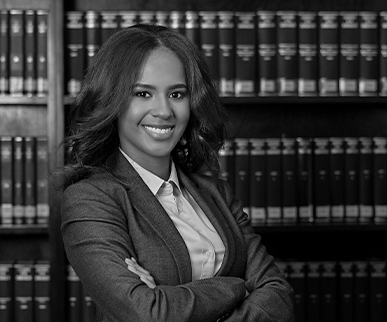 Alyson Giselle Courtenay was born in Belize City, Belize. She attended the University of Texas at Austin, in the United States of America where she obtained her Bachelor of Arts in International Relations and Global Studies in 2015. She then attended the University of the West Indies, Jamaica and obtained her LLB (Hons.) in 2017, and concluded her studies at Norman Manley Law School, where she was placed on the Principal’s Roll of Honour and received her Legal Education Certificate (LEC) in September 2019. During her tenure at Norman Manley Law School, she was awarded the Raphael Codlin Prizes awarded to the Most Outstanding Students over two years and the Most Outstanding Year 2 Students. She also received the Courtenay Coye LLP Prize given to the Most Outstanding Students over two years and the Kelsick, Wilkin & Ferdinand Prize awarded to the Overseas student with the best performance over two years.

Alyson joined Courtenay Coye LLP as an associate of the firm in October 2019.